Wineries such as Massandra, Novyi Svet and Inkerman are three of the most-leading wineries in the world.
And do not inferior to the traditional wineries in, for our better-known countries.

These wines and sparkling wines (Sjampanskoje) are still not very well known in Europe and among the best of its kind.
There is a wealth of diversity in all flavors and colors.
Awarded several prizes and medals.

This range you will not find in your area in the stores and are therefore specially imported for you.

Have you always wanted to see a winery? Or want to compare different wines or Champagnes in the tasting?

Will take care of your wine journey. The trip will be completely taken care of by Diamant-Travel.nl in collaboration with Diamant-Saki-Crimea. The number one of the travel agencies in Crimea (Russia), several times awarded "the pearl of the Crimea"

The annual prestigious prize for travel - and tourism in Crimea.

An experience you will not forget very soon.

And you do the most famous wineries of "Crimea" to!
Take a look under the "Tour" for a more detailed explanation 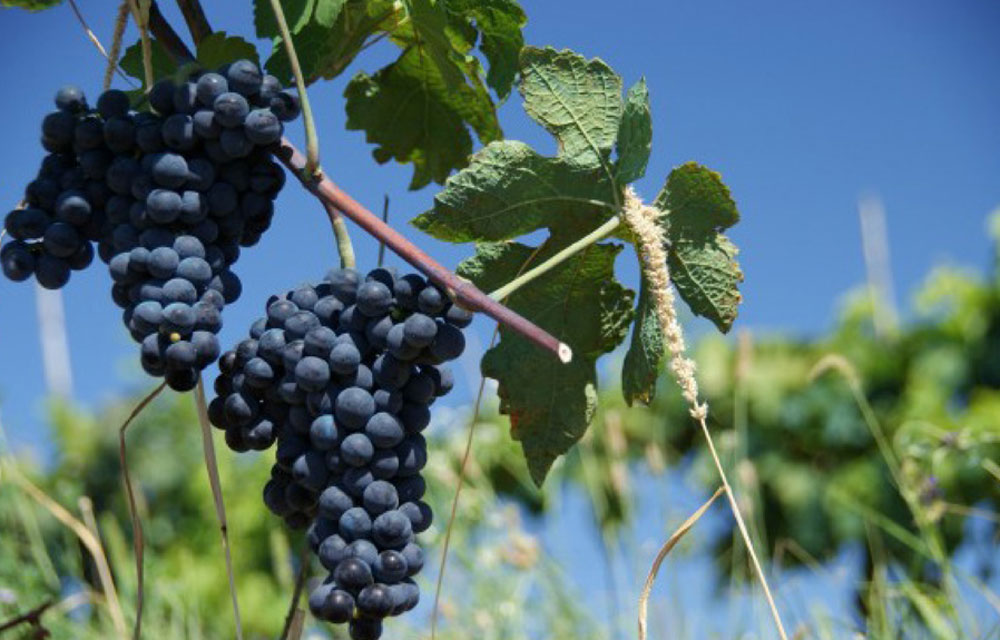 The subjective sweetness of a wine is determined by the interaction of several factors, including the amount of sugar in the wine, but also the relative levels of alcohol, acids, and tannins. Sugars and alcohol enhance a wine's sweetness; acids (sourness) and bitter tannins counteract it. These principles are outlined in the 1987 work by Émile Peynaud, The Taste of Wine.

Vintage: the Story of Wine, by Hugh Johnson, presents several methods that have been used throughout history to sweeten wine. The most common way was to harvest the grapes as late as possible. This method was advocated by Virgil and Martial in Roman times. In contrast, the ancient Greeks would harvest the grapes early, to preserve some of their acidity, and then leave them in the sun for a few days to allow them to shrivel and concentrate the sugar. In Crete, a similar effect was achieved by twisting the stalks of the grape to deprive them of sap and letting them dry on the vine—a method that produced passum and the modern Italian equivalent, passito.

Stopping the fermentation also enhanced a wine's potential sweetness. In ancient times, this was achieved by submerging the amphoras in cold water till winter.

Wine can also be sweetened by the addition of sugar in some form, after fermentation is completed – the German method like the Süssreserve. In Roman times, this was done in preparing mulsum, wine freshly sweetened with honey and flavored with spices, used as an apéritif, and also in the manufacture of conditum, which had similar ingredients but was matured and stored before drinking.

Among the components influencing how sweet a wine will taste is residual sugar. It is usually measured in grams of sugar per litre of wine, often abbreviated to g/l or g/L. Residual sugar typically refers to the sugar remaining after fermentation stops, or is stopped, but it can also result from the addition of unfermented must (a technique practiced in Germany and known as Süssreserve) or ordinary table sugar.

Even among the driest wines, it is rare to find wines with a level of less than 1 g/L, due to the unfermentability of certain types of sugars, such as pentose. By contrast, any wine with over 45 g/L would be considered sweet, though many of the great sweet wines have levels much higher than this. For example, the great vintages of Château d'Yquem contain between 100 and 150 g/L of residual sugar. The sweetest form of the Tokaji, the Eszencia – contains over 450 g/L, with exceptional vintages registering 900 g/L. Such wines are balanced, keeping them from becoming cloyingly sweet, by carefully developed use of acidity. This means that the finest sweet wines are made with grape varieties that keep their acidity even at very high ripeness levels, such as Riesling and Chenin blanc.

How sweet a wine will taste is also controlled by factors such as the acidity and alcohol levels, the amount of tannin present, and whether the wine is sparkling or not. A sweet wine such as a Vouvray can actually taste dry due to the high level of acidity. A dry wine can taste sweet if the alcohol level is elevated. Medium and sweet wines have a perception among many consumers of being of lower quality than dry wines. However, many of the world's great wines, such as those from Sauternes (including Barsac) or Tokaj, have a high level of residual sugar, which is carefully balanced with additional acidity to produce a harmonious result.

Süssreserve (German: Süßreserve, literally meaning "sweet reserve") is a wine term referring to a portion of selected unfermented grape must, free of microorganisms, to be added to wine as a sweetening component. This technique was developed in Germany and is used with German-style wines such as semi-sweet Riesling or Müller–Thurgau. The technique not only raises the sugar level of the wine, but also lowers the amount of alcohol. Under German law, no more than fifteen percent of the final wine's volume may be the reserved juice. This practice is allowed also for Prädikatswein, the highest level in the German wine classification. It is often used for semi-sweet Kabinett and Spätlese, but more rarely for Auslese and upward.

The use of Süssreserve gives a different composition of sugars in the wine in comparison to arrested fermentation. Grape must contains mainly the sugars glucose and fructose. When wine ferments, glucose is fermented at a faster rate than fructose. Thus, arresting fermentation when a significant portions of the sugars have fermented gives a wine where the residual sugar consists mainly of fructose, while the use of Süssreserve will give a wine where the sweetness comes from a mixture of glucose and fructose.